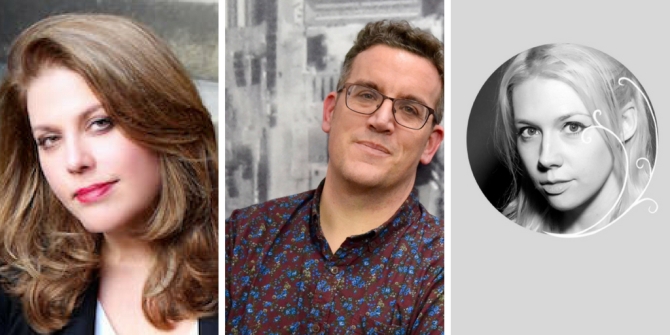 Are writers restricted by calling themselves crime or thriller writers? Are readers happy to have their expectations subverted when an author produces work that doesn’t fit into their usual slot on the bookcase?  And what challenges do authors face when moving into crime from other genres?

On this panel, we have three crime writers with work covering genres as diverse as young adults, fantasy, crime with a supernatural twist and even Dr.Who spin offs in book and audio play form.

As a newspaper reporter, Christi Daugherty ​began covering murders at the age of 22. She worked as a journalist for years in cities including Savannah, Baton Rouge, and New Orleans. Her work eventually brought her to England, where she wrote the international bestselling Night School series of thrillers for young adults under the name CJ Daugherty.

The Secret Fire, a young adult fantasy series co-written by Christi and the French fantasy author Carine Rozenfeld, was published at the end of 2015 by the Little, Brown imprint, Atom Books. A sequel, The Secret City, was published in 2016.

The Echo Killing is Christi’s first adult novel, and is the first book in the Harper McClain series. The second book in the series – A Beautiful Corpse – will be released in 2019.

Guy Adams lives in Kent with, writer, genius and marvel AK Benedict. He spent over ten years working as a professional actor and comedian. While he still occasionally pretends to be other people for money, he now predominantly works as a writer.

He is the author of The World House novels, the Deadbeat series, the weird western Heaven’s Gate trilogy, the Clown Service series and YA extinction-event lunacy The Change. He is the co-author of The Case Notes of Sherlock Holmes, with two other Holmes novels to his credit, and has written several tie-ins to the TV series Life on Mars.

He also writes comics, including The Engine from Madefire, the creator-owned Goldtiger and Ulysses Sweet: Maniac for Hire, Rogue Trooper and horror noir Hope for 2000AD.

He is a regular writer for Big Finish, writing countless Doctor Who audio dramas as well as Torchwood, Blake’s 7, adapting HG Wells’ The Shape of Things To Come, and original horror series Blind Terror.

“Guy Adams is either barking mad or a genius, I haven’t decided.” – Mark Chadbourn

A K Benedict read English at Cambridge and Creative Writing at the University of Sussex. She writes in a room filled with mannequins, clowns and teapots.

Her debut novel, The Beauty of Murder (Orion), was shortlisted for an eDunnit award and is in development for an 8-part TV series. Her second novel, Jonathan Dark or The Evidence of Ghosts (Orion), was published in February 2016 and The Stone House, a tie-in novel for Doctor Who spin-off Class, was published by BBC Books in October.

Her poems and short stories have featured in journals and anthologies including Best British Short Stories, Magma, Scaremongrel, and Great British Horror. Her first audio drama, The Victorian Age, was released as part of the Torchwood range at Big Finish in February, while Outbreak, a three-part Torchwood drama co-written with Guy Adams and Emma Reeves, will be released November 2016.

Before becoming a full-time writer in 2012, A K Benedict was an indie-rock singer/songwriter, playing with her band The Black Tulips and solo as Pimpernelle. She was also a composer for film and TV, with music played on BBC 1, Channel Four, Sky, XFM, Radio 1, Radio 3 and in award-winning films. She still composes occasionally and now sings with The Slice Girls, a group of female thriller writers singing songs of sex, death and criminal activities.

She is currently writing scripts, short stories, a standalone psychological thriller and the sequel to The Beauty of Murder.

Praise for A. K. Benedict
‘A. K. Benedict is snapping at the heels of Ben Aaronovitch as one of the new stars of the sub-genre of crime with a supernatural twist’ – SUNDAY EXPRESS
‘A K Benedict can write beautifully and has imaginative flair’ – THE GUARDIAN
‘One of the very best writers currently gracing our bookshelves’ – DAD.INFO
‘Some authors write beautifully, others can tell a great story. Not many can do both but A. K. Benedict achieves it’ – HOWARD LINSKEY

Join us all day on October 6 for five panels of crime writers, with time after each one for signings. Tickets will available in due course and you can be the first to know when by signing up to our email newsletter.

The Crime Writers’ Day will take place between 11am-6pm at the Rochester Community Hub, Eastgate. 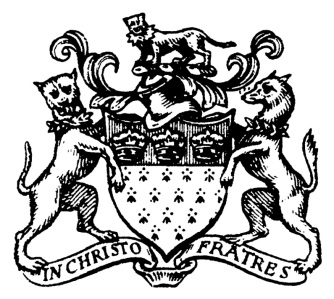