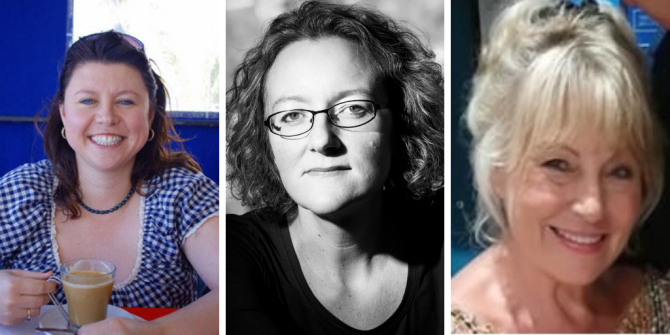 Lisa Cutts has over 20 years experience as a serving detective constable with Kent Police and has investigated over 50 murders during 10 years with the serious crime directorate. She is also now an established star of the crime writing genre, with her fifth novel Lost Lives published in November 2018.

She is the author of the DC Nina Foster series, Never Forget – winner of the 2014 Killer Nashville Silver Falchion Award for Best Thriller – and Remember, Remember, with her third and fourth novels Mercy Killing and Buried Secrets featuring the East Rise Incident Room.

Lisa has been Patron of the RLF since 2016. Find her at www.lisacutts.co.uk

Elizabeth Haynes is a former police intelligence analyst from Kent who now lives in Norfolk.

Her first novel, Into the Darkest Corner, was Amazon’s Best Book of the Year 2011 and a New York Times bestseller. Now published in 37 countries, it was originally written as part of National Novel Writing Month (NaNoWriMo), an online challenge to write a 50,000 word novel in the month of November.

She has written a further three psychological thrillers – Revenge of the Tide, Human Remains and Never Alone – and two novels in the DCI Louisa Smith series, Under a Silent Moon and Behind Closed Doors.

Her latest novel, The Murder of Harriet Monckton, is based on an unsolved murder in 1843 and was published by Myriad in September 2018. Find her at www.elizabeth-haynes.com

Gina Kirkham began her career in front-line policing as a single parent in her thirties. During her time with Merseyside Police she received several commendations and in 2000 she was awarded Police Officer of the Year.

Her debut novel, the humorous Handcuffs, Truncheon and a Polyester Thong, was published in May 2017 by Urbane Publications. July 2018 saw the launch of the second book in the series, Whiskey, Tango, Foxtrot, and the third, Blues, Twos and Baby Shoes will be published in October 2019.

The series tells the story of single mum Mavis Upton, as she tackles everything that life, love and career can throw at her, in the funny but poignant account of an everyday woman who one day followed a dream to become a later-life police officer and provide for her child.

Gina is now retired from policing and lives on the Wirral with her long suffering husband, two wayward, unruly dogs and the welcome distraction of three hyperactive grandchildren. Find her at www.ginakirkham.wordpress.com